As the old Chinese proverb says, “May you live in interesting times.”  Actually, Wikipedia seems to suggest that the origins of this proverb are debatable, but of course, so are the entries into Wikipedia.  Nevertheless, 2009 is most certainly an interesting time.

One question that I hear a lot of people ask lately is, “when will prices on used aircraft start to turn.”  The short and most correct answer is, of course, no telling.  Today’s market downturn is vastly different from any we have seen in the past and prices have fallen faster than in any previous correction.  Domestic demand started to taper off in early 2008, but demand from overseas buyers kept transactions flowing through the end of the second quarter.  The market then entered the summer slowdown and never came out of it.  The third quarter of 2008 was pretty uneventful, but by the fourth quarter, prices began dropping rapidly to keep up with the constant flow of inventory hitting the market.

The best we can do today is to look at data from past downturns and try to extrapolate some predictions from them that might apply to today’s situation.  Below is a graph of large jet aircraft values according to VREF over the past 13 years.  You can see that large jet values peaked in early 1999, but didn’t really start their true decline until early 2001.  Prices then continued to fall until the fourth quarter of 2003, where they finally began to show some slight value increases.  Over that three year period, large jet prices fell around 36% in value.

From this data, you might think we have another two years or more of falling prices.  However, this time around I think we have already seen a price drop on large jet aircraft values around 36%, but it only took about two quarters to do so.  During the last downturn, one of the first industries to contribute to increasing supplies were the Dotcom’s.  When their aircraft started hitting the market, there were other industries doing well who kept supply from climbing very rapidly.  After Sept. 11th, 2001, a lot more industries started to suffer and inventory began to gradually increase over the next year and a half.

With all this in mind, I do not think prices will fall for as long as they did in 2001-2003, however, I am afraid they are destined to fall further.  With no industries picking up the slack today, and the bad press our industry has received the last few months, I think prices will continue to fall for the time being.  However, baring some Black Swan event like 9/11, and assuming our new President can inject some confidence into the American Consumers, I have hopes that prices might at least stabilize in the near future.  Instead of switching from falling prices to rapidly increasing prices, we might likely see prices find a new level and stay put until things really begin to pick up.  I know I did not exactly go out on a limb with this analysis, but with so much uncertainty out there, can you blame me?

One thing I would like to do with this blog going forward is share some stories of past deals JBA has been involved with over the last 36 years.  Some will be my first hand account; others might have been passed down from some of our veteran brokers.  With so much history and experience in this company, it’s high time we started compiling a virtual memoir for posterity. 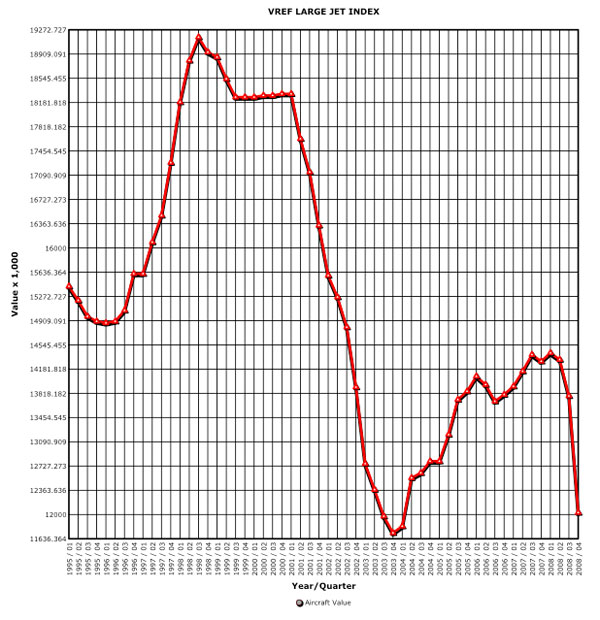