I hope that everyone had a nice break over this holiday season. Those of us in the aircraft resale market should be well rested as there had not been much activity to keep us busy over the last month. Hopefully everyone out there spent some good quality time with their families and got all the honey-do projects wrapped up around the house, because I have a feeling there might not be much spare time going forward.

Last week was the first week that everyone seemed to be back in the office and in communication with their customers since before the holidays. Without exaggerating, I think I can claim that my phone rang more on Wednesday of last week than it rang during the month of December. That was partly due to the release of a new listing to the market, but that is certainly not the only reason. The first week back I can say that I was able to execute a letter of intent on an acquisition that was in negotiations over the holidays, received an offer on one of our listings and have been asked to submit proposals for three new listings.

As much as I enjoy the holidays, I am rather glad they are behind us this year. Buyers no longer have that as an excuse to stay on the fence. The Presidential election is over and inauguration day is just around the corner. The next holiday is a long way away so we should have an uninterrupted buying season for quite some time. Interest rates are about as low as they can go and aircraft values are down 30 – 40% from where they were last fall. We have not seen such a ripe market for buyers in at least 7 years, possibly much longer.

The best buys on aircraft today are from companies that really want to make a statement by selling their airplane and the ones that can make a decision without consulting 10 different people internally. A quick and easy Letter of Intent should be enough to flesh out the price, leave the rest of the terms and conditions for the Purchase Agreement (that means that you shouldn’t bring the attorneys into the negotiation on the L.O.I.).

I think the only question left on many potential buyers’ minds might be, “will prices go even lower?” I will be addressing that important question a little next week. Until then, it’s time to start paying attention out there. If you read in the newspaper that a company is in trouble or declared bankruptcy, it’s probably too late to make a great deal on their airplane. At that point you will either be dealing with a bank or bankruptcy court, both of which complicates and slows down a sales process to a crawl.

As always, please let us know if there is anything we can do here at JBA. 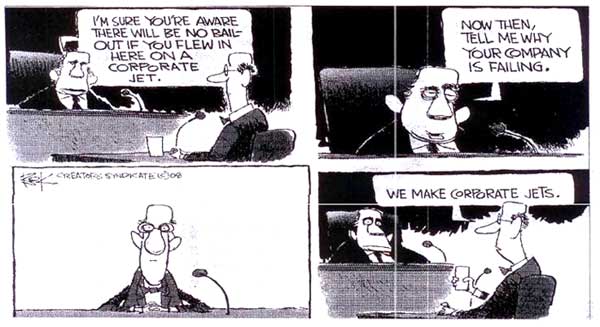